According to Energy Central, more than 375 million printer cartridges are dumped in U.S. landfills annually. In addition to creating enormous amounts of unnecessary plastic waste, single-use generic cartridges use up natural resources and release greenhouse gasses during the production process— manufacturing one toner cartridge emits around 4.8Kg of CO2. More than two ounces of oil is required to produce a single inkjet cartridge.

Planet Green, a California-based recycler and remanufacturer of printer cartridges, has launched a petition to gain public support to push state and federal officials to ban the sale and importation of generic, non-recyclable printer cartridges in the United States.

The ban would effectively reduce plastic waste and rebuild a once-thriving U.S. printer cartridge re-manufacturing industry that was undercut in recent years due to the proliferation of online shopping. Overseas manufacturers flood the U.S. market with generic cartridges, selling direct-to-consumers through online retailers.

"Launching this petition hopefully brings attention to this crisis," states Sean Levi, owner of Planet Green. "We are finding that lawmakers and the general public are unaware of the threat generic cartridges pose to the environment and the U.S. re-manufacturing industry."

The petition is directed to urge lawmakers, the Federal Trade Commission and major online retailers to act and stop the importation and sale of single use printer cartridges that is causing great harm to our environment.

To learn more and sign the petition, please visit DoorstepInk.com/pages/ban-imported-non-recyclable-printer-cartridges. 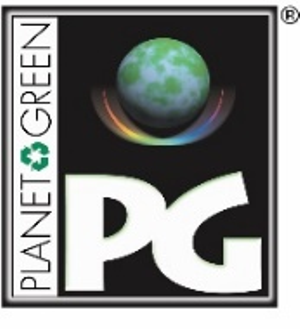